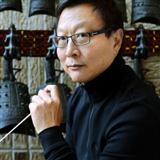 The bassoon is a woodwind instrument in the tenor and bass registers with a double reed.

The bassoon has 19 tone holes for chromatic playing and up to 9 additional holes to improve intonation and playability. 3 tone holes on the grand piano and 2 tone holes on the boot are covered directly with the fingers and are often lined with slightly protruding rubber or silver sleeves on modern bassoons. The remaining tone holes are opened or closed with the help of a complicated key mechanism made of silver-plated or nickel-plated nickel silver. The thumb of the right hand is responsible for 4 flaps, the thumb of the left hand for up to 9 flaps. A hand rest (thumb rest) can be mounted on the boot to relieve the strain on the right hand.

The bassoon's actual sound generator is the double reed (called “reed” for short), which is attached to the S-bend. The periodic opening and closing of the two blades causes the air column in the instrument to vibrate, producing a sound. It consists of stake reeds (scientific name Arundo donax), a special type of reed native to the Mediterranean region, and is usually built and worked on by the player himself. The finest changes in the choice of wood, the curvature and the thickness profile have a major impact on the vibration behavior and thus the playability and sound. The production of bassoon reeds is a lengthy process that requires a lot of experience. A good tube can be played for an average of three to ten weeks, depending on the intensity of use, before it becomes unusable. During this time, the wood can change again and again, so that it has to be reworked. A reed that is ideal for a bassoonist may be difficult to play for another player or with another instrument.

The bassoon's sound is often described as sonorous in the lower registers and as “cantabel” in the tenor register. Sound samples from Beethoven's 4th Symphony (staccato part) and from Rimski-Korsakow's “Scheherazade” (lyric passage) are linked in the box.

The basic scale from the "empty tone" (the tone that sounds when all tone holes are open) down to the lowest tone that can be picked up without the aid of the thumb is f – F (with B instead of B). Seen in this way, the bassoon is fingered in a similar way to an alto recorder or the deep clarinet register. Because of the large range of notes, notes are made in the bass, tenor and sometimes in the treble clef, in real pitch without transposition.

The lowest note of the instrument is the Kontra-B, since the end of the 19th century composers have sometimes also prescribed a Kontra-A, which can be played with another, enlarged bell (the so-called Tristan falls). However, because the use of the same affects the sound of the instrument, it is avoided.