Learn most popular Worship songs like 'How Great is Our God', 'Amazing Grace (My Chains are Gone)', 'We Fall Down', 'Holy is the Lord', 'Wonderful Maker' and many more in minutes.

Chris Tomlin is a Christian singer, songwriter, worship leader, and speaker from Franklin, Tennessee. His first career was as a Campus Crusade for Christ youth director in Wichita, Kansas.

From there he went on to be a worship leader at various churches before recording his first studio album. His songs are played in churches around the world, in many Christian radio stations, and in Christian denominations.

Chris Tomlin's songs, "How Great Is Our God" and "Amazing Grace (My Chains Are Gone)" have been played on Christian radio stations and are popular among listeners.

To date, the former has been downloaded over 1.6 million times on various formats by various artists in over 100 countries. Tomlin won six Dove Awards (two for Album of the Year) in 2007 and two GMA Dove Awards for Artist of the Year in 2007 and 2008. In 2008, Tomlin won the Gospel Music Association's Vocal Event of the Year Award for his studio album "One Way".

Tomlin and Steven Curtis Chapman became part of the worship leadership team at Passion City Church in Atlanta, Georgia, in 2013. In 2017, Tomlin performed in Israel with Tauren Wells for the first time on an international tour.

Tomlin's primary style has been described as a blend of Christian rock, southern gospel, contemporary worship, and urban contemporary.

Tomlin has been influenced by the work of Michael W. Smith, Steven Curtis Chapman, Aaron Shust.

Tomlin's first album, "Passion", was released in 1995. The album featured the lead single "How Great Is Our God". The album was certified Platinum by the RIAA.

Chris Tomlin has had songs like "How Great Is Our God?"

Chris Tomlin has had songs like "How Great Is Our God? ". God is truly great! " that are sung by people of all religions. His extensive discography includes albums for worship, Christmas, and more.

The song "Amazing Grace" is an iconic, well-liked Christian song by Christian singer Chris Tomlin. The song is a folk song that was written and composed by Englishman John Newton in 1779.

John Newton was a slave ship sailor turned Anglican priest, and the lyrics are of his own confession and reformation. The song is a praise to God for giving salvation to whomever wants it through Jesus Christ.

It is often sung by Christians during services at churches. "Amazing Grace" has been recorded by numerous well-known artists, including the Grateful Dead, The Blind Boys of Alabama, and others. 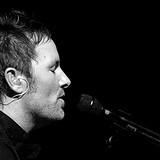